Christmas began for Chivirico and his family with ginger tea.  This is a Dominican tradition when you are invited to someone’s house for ‘ginger’.  Basically it is a tea made with ginger and various other herbs and is served with little biscuits. We were invited round to his house on the day before Christmas Eve, and I was fascinated with the stove. I am used to outdoor cooking stoves known as a fogon, but they are usually on a type of concrete table. This one was a metal drum with concrete on the top, holes at the side to push wood in and a hole at the top to put charcoal in. A multi fuel fogon. Amazingly inventive with the tea bubbling away on the top. 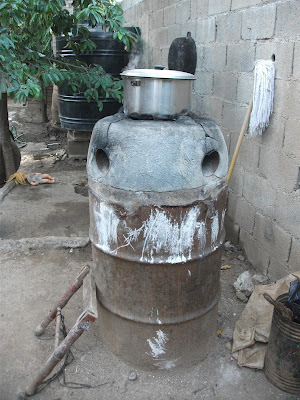 Christmas Eve, the family had a fabulous meal of chicken and pork, rice, Russian salad, Christmas bread and pasta salad. 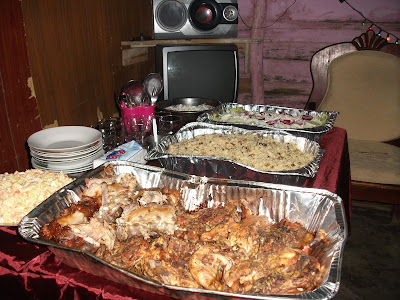 After dinner, Chivirico came round to my house and relieved me of my bottle of rum for Santa, luckily there wasn’t much left in it, and also took a carrot to leave for the reindeer. He was so excited, I have no idea how he slept. 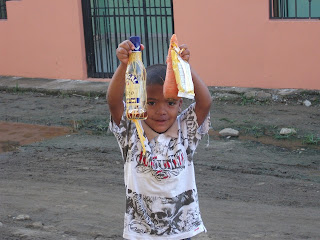 In the morning we awoke early and went to hide Chivirico’s presents in the dog crate at the back of the garden. Half munched carrots laid a trail to the crate. At 7.30 Chivirico arrived to open day 25 on his advent calendar. He said that Santa had been to his house as the bottle of rum was empty and the carrot had gone. He had searched but couldn't find any presents – he thought probably as he didn't have a chimney.  The search began in my house. Not one cupboard was left unchecked, and he searched under every bed ably aided by the dogs who thought it was some sort of new game. 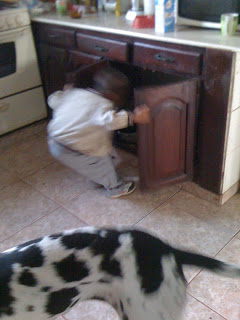 Eventually he spotted the carrots in the garden and discovered the presents. Unbounded joy. 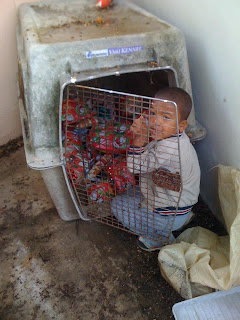 All of the presents were taken out and the names read on each one. They were then put into a sack to be taken to his house to be opened there. 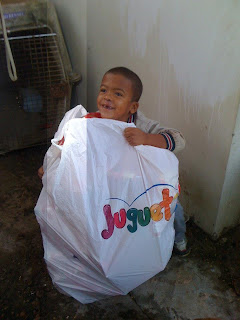 I was surprised that he took his time opening each present and spent several minutes looking at each one before moving onto the next. There were also gifts for each member of his family. One of his favourite gifts was his chef's hat and apron sent from the US. 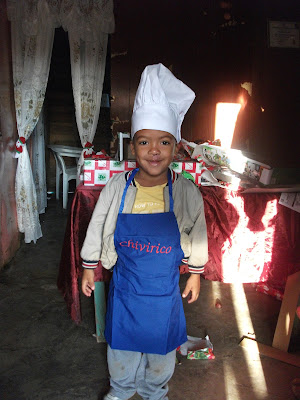 Plus his Winnie the Pooh cookbook. 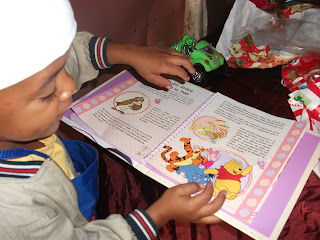 Christmas day afternoon he came to my house to help me cook paella for dinner – no turkeys in barrio land so not quite a traditional English Christmas. 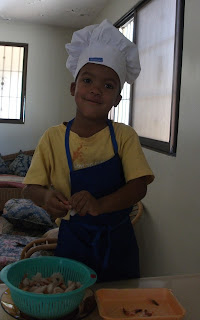 A big thank you to everyone who helped this Christmas to be so special for him and his family. Now life gets back to normal, well as normal as it ever is here.