B is for Bachata, Brugal and Barahona 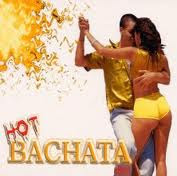 Bachata is a Dominican dance, which is danced everywhere; in the streets, shops, clubs, homes. It originated in the DR and is basically three steps with a hip motion and a hip tap on the 4th beat. You should not move your upper body much as the movement of the hips is the soul of the dance, which is probably why I am not very good at it. My bottom is not big enough or round enough, and however much I try, I can't move it the way that Dominican women can. You can see bachata being danced in this video http://www.youtube.com/watch?v=Kvxaxe2FFOU. 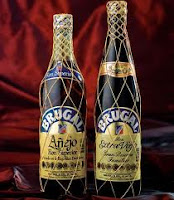 My second B is for Brugal - rum. The company was started in 1988 by Andrés Brugal Montaner who came from Spain to the DR via Cuba. He started the famous rum company in Puerto Plata in the north of the country.  The actual process is a closely guarded secret, but basically the sugar cane is cut and then turned into molasses in the factory in San Pedro de Macoris.  Yeast is then added,  the sugar turns into alcohol and is then transported to Puerto Plata, where it is placed into barrels to age. The Carta Dorada rum ages for 1-2 years, Añejo for 2-5 years and Extra Viejo for 5-8 years. My personal favourite is Añejo. The rum can be drunk neat, or with ice, and several people drink it with coca cola (a cuba libre) or with sprite (a santa
libre). It is said that if you drink a lot of Brugal you will either want to make mad passionate love, or you will start an argument!

My third B is Barahona, which is a town in the south west of the country.  It is the last major town on the southern route to Haiti. What makes Barahona so special is not the town, but its geography. The mountains literally descend into the ocean and you can sit on the beach but bathe in cool fresh river water that pours down from the mountains. The drive along the coast from Barahona to the Haitian border is said to be the most spectacular drive in the whole of the Caribbean.

Barahona is famous for its agriculture: plantains, coffee, cocoa and sugar.  It is also home to the only larimar mine in the world.  Larimar is the beautiful blue volcanic stone found only in the DR. The province has the largest salt lake in the Caribbean, Enriquillo, which is 45 metres below sea level. Few tourists venture to Barahona but it really is a natural unspoiled paradise. It is my favourite 'B'.
Posted by Lindsay at 1:35 PM