Holiday in Sosúa and the North Coast - Part 1

So I went on my annual holiday to Sosúa on the north coast of the DR and home to many expats. I decided on Sosúa as a friend of mine from Canada, Michelle, was flying into the airport in Puerto Plata and I needed to go and meet her. I thought that a week in my house would be boring, so we decided to spend 2 nights in Sosúa itself in an apartment in town and 2 nights in a mountain top eco-lodge outside Puerto Plata, before coming home. Over the next few days I will tell you what happened so you will be inundated with blogs about the north coast.

I had to go by public transport as my car is unlikely to make it that far, so Danilo took me to Mao to take the bus to Navarette which is a 45 minute journey and costs around US$2.50. On the bus were two Haitians and the bus conductor asked for their papers, which caused a reaction from a couple of the Dominicans on the bus who told the conductor he was violating their human rights. The conductor explained that if they were found to be illegal at the checkpoint outside Navarette, he would also be in trouble. As it was they showed their passports with the correct stamp in them and there was no issue at the checkpoint.

The bus dropped me off at the stop for the public shared taxis to Puerto Plata. There are four things common to most public shared taxis, known as publicos; the cars are usually falling apart, the drivers drive like lunatics, they are very very squashed – two passengers in the front seat and four in the back, and they are cheap. 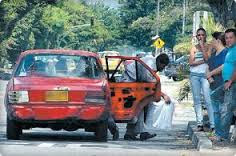 My publico had all of the above. It cost just over US$2 from Navarette to Puerto Plata and I spent the whole journey perched on about 2 inches at the front of the rear seat as my fellow rear seat passengers had significantly larger bottoms than mine. I also spent the whole journey praying as we weaved in and out of traffic at around 80-90 mph. That is, until we reached a spot where the road had collapsed. 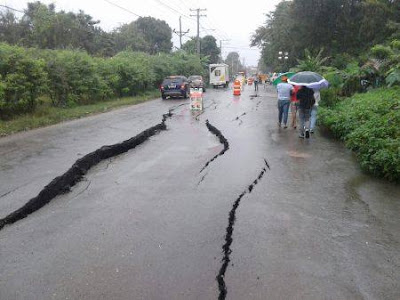 I thought there had been an earthquake, but it was due to the heavy rain we had been having for days. In fact there has not been a day without rain since Hurricane Matthew passed by. 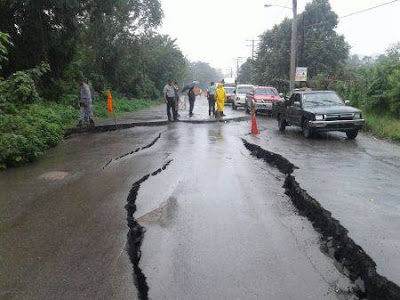 Once past that little issue we were in Puerto Plata in no time, and I was more than relieved to get out of that publico and into another to take me to the airport – cost less than US$1. This driver was exactly the same and I was even more squashed than in the last one.

Due to union rules, only certain taxis are allowed up to the airport terminal, so I was dropped off before reaching the terminal and hoisting my rucksack onto my back I schlepped my way to the arrivals terminal. I had not eaten on route and was sure the airport would have a MacDonalds or something equally delicious – but all there was in arrivals was the worse ham and cheese sandwich I had ever had in my life, and a million wasps all around the litter bins which followed me and my ham and cheese sandwich wherever I went.

Michelle landed 10 minutes early, and came through customs in another 10 minutes. The ordered taxi was waiting for us so we hopped in and sped our way into Sosúa, to Casa de Compai where we were to spend 2 nights.