Holiday to Sosúa and the North Coast – Part 3

We woke up to the sound of heavy heavy rain but were cheered up following a roasting hot, super powerful shower. I could have stayed in that shower for ever!

We had arranged to meet two American expat friends for breakfast who I hadn’t seen for ages, so I called one to check if she was getting a taxi to the restaurant and if so, could she pick us up, as we had no umbrellas, nor rain wear. Not only did she pick us up she brought the all important plastic carrier bags for us to wear to ensure getting slightly less damp.

Off we went to breakfast in Bologna, arriving at the same time as the other person joining us. 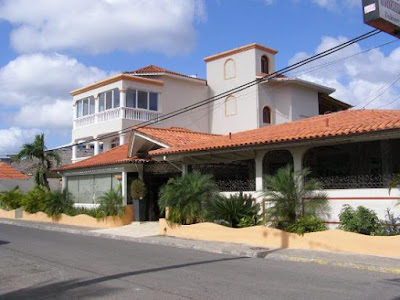 By then the streets of downtown Sosua were totally flooded, although it was worse in the next city along, Puerto Plata, and Facebook was being inundated with pictures and videos of the damage. 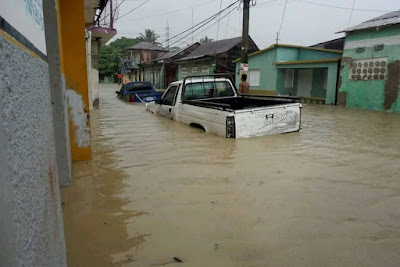 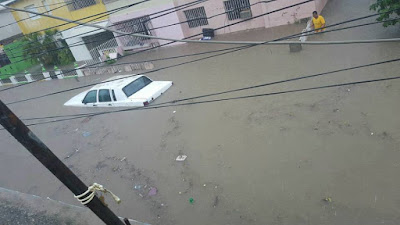 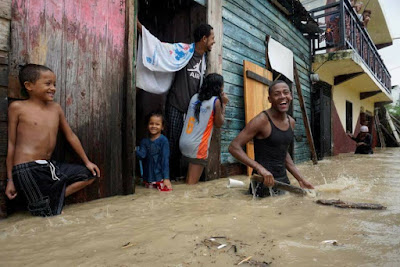 The rain showed no sign of stopping so we chatted for hours until it was around 11 am chomping our way through bacon, eggs, toast, fresh juice and lurpak butter (a real treat). 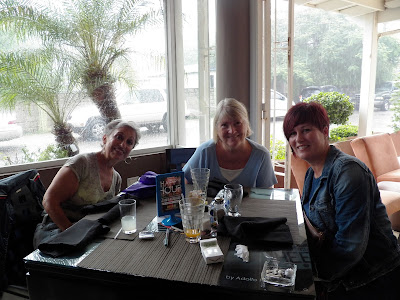 Then we went our separate ways. One of the ladies, Ro, stayed with us and we got a lift through meter high water to a money changer and then a cab to Playero the supermarket where we decided to buy stuff for lunch and retreat to the safety and comfort of the apartment. 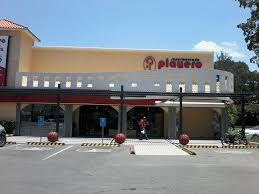 While in Playero I bought a few of the things I can’t get here and crave: Sriracha hot sauce for Danilo which he calls Red Dragon sauce and puts on everything,  Basmati rice, Arborio rice for paella, mushrooms of course, cheese, and nice bread and ham for lunch. We also got two large black bin liners as better rain wear as they had run out of umbrellas.

Returning to the apartment, Ro was as amazed as we had been about the quality and we all settled down to check emails for a while. The WiFi was super fast and lunch was delicious.

Ro left and we contacted the person we had arranged to meet for dinner, another American lady, and when there was a brief lull in the rain we walked to her apartment in the centre of town, it only took 5 minutes or so, but even though it wasn’t raining the pavements were 6 inches deep with water.

We spent an hour or two chatting over a bottle of red wine and then went out for dinner to El Conde restaurant, run by a fellow Brit, well from Northern Ireland so close enough! 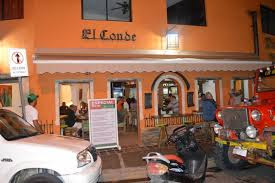 Fabulous conversation, fabulous atmosphere, fabulous food (steak of course) fabulous service and another bottle of red wine later, it was still chucking it down and time to walk to the taxi stand. The owner of the restaurant actually walked us to the taxi stand with an umbrella which I thought was beyond the call of duty and much appreciated and we made it home in one, only semi soggy, piece.

I made the calls to arrange for the taxi to come and pick us up the next morning for the next part of the holiday – Tubagua Eco Lodge, which is in the hills between Sosúa and Puerto Plata, and we settled down to watch the American election results on each of the 3 flat screen TVs followed by bed and sleep.